The Social Life of Diagnostics

Dr A Street and Dr Nanda Kishore Kannuri presented their research at the Indian Institute of Public Health, Hyderbad.

In many rural health facilities in Low and Middle Income Countries, people do not have access to the laboratory facilities or technical expertise that are needed to diagnose disease. With the development and deployment of a new generation of affordable, easy-to-use, and portable diagnostic devices that are designed for places with no laboratory infrastructure, the global landscape of diagnosis is dramatically changing. What do these devices do and what value do they have in the places where they are used? What role can technology innovation play in strengthening health care systems in resource constrained settings? In this talk, we introduce our current research into the changing role of diagnostic devices in global health. We begin by exploring the shift from diagnosis to diagnostics in the framing of diagnostic needs in resource-limited settings. We then introduce preliminary findings from field sites in Telangana, India, where we are at the beginning of an ethnographic investigation into existing laboratory infrastructure. Last, we explore how the concept of the diagnostic system can help us to think beyond the device as a magic bullet solution and develop new models for global health design and innovation.

Getting to Zero: The role of diagnostics in the elimination of infectious diseases' 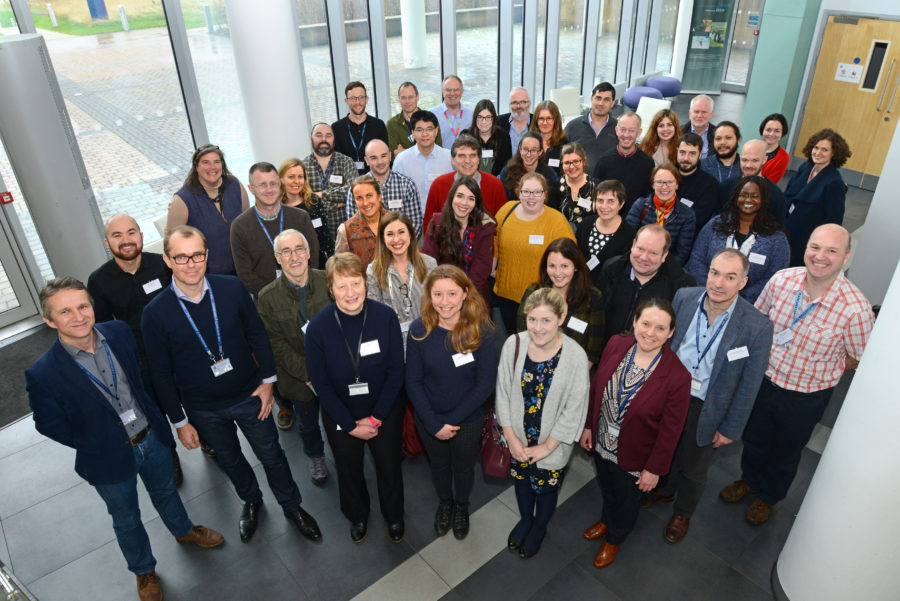 The failure of the Malaria Eradication Programme in 1950s led to a spell of disillusionment with the idea of disease eradication, with critics concerned the endeavour was overtly costly, administratively demanding and counter to the WHO’s goal of securing health for all. In the 21st Century however, the idea is enjoying a renaissance with people like Bruce Aylward of the Bill and Melinda Gates Foundation declaring disease eradication the “venture capital of public health.” The intuitive appeal is simple, frontload investment now to save on prevention and control activities once a disease is wiped off the face of the earth. With Gates support, the WHO has backed an ambitious set of targets for disease eradication and elimination, notably in regards to a group of Neglected Tropical Diseases. But these targets are not straightforward and the use of slippery terminology offers opportunities and dangers for a set of diseases which, because they affect the world’s poorest and most marginalised people, typically lack a commercial market and in turn stimuli for innovation.

Diagnostics have come to play a central role in the new elimination era on the basis of some circular thinking which proceeds as thus: the desire to eliminate disease creates a need for new tools; while the promise of new technologies fuels the argument that diseases are eliminable. The ERC-funded DiaDev project at Edinburgh is exploring diagnostics in support of disease elimination as one of its research strands. DiaDev employs social science methods to investigate the design and use of diagnostic devices in global health, and in particular the emergent role that diagnostics are playing in the transformation of health systems in low and middle-income countries. Already, the goal of eliminating disease is breaking with traditional conceptualisations of what and who diagnostics are for, increasing the number of roles diagnostics are designed to play (for disease mapping, post-elimination surveillance, to assess treatment efficacy etc.) and in many instances focusing efforts on the target population rather than the individual. Moreover, in many instances new diagnostics tools are designed to produce data, but again who and what this data is for breaks with past practice when diagnosis was conceptualised as the first step on a pathway to treatment. In this paper, we begin to explore the tensions and opportunities involved in the elimination enterprise and delineate some of the implications for diagnostic development and deployment in global health.

DiaDev Associated Researcher, Shona Lee, presented her research on the role of diagnostics in managing febrile illness at the McGill Summer Institute for Global Health Diagnostics. 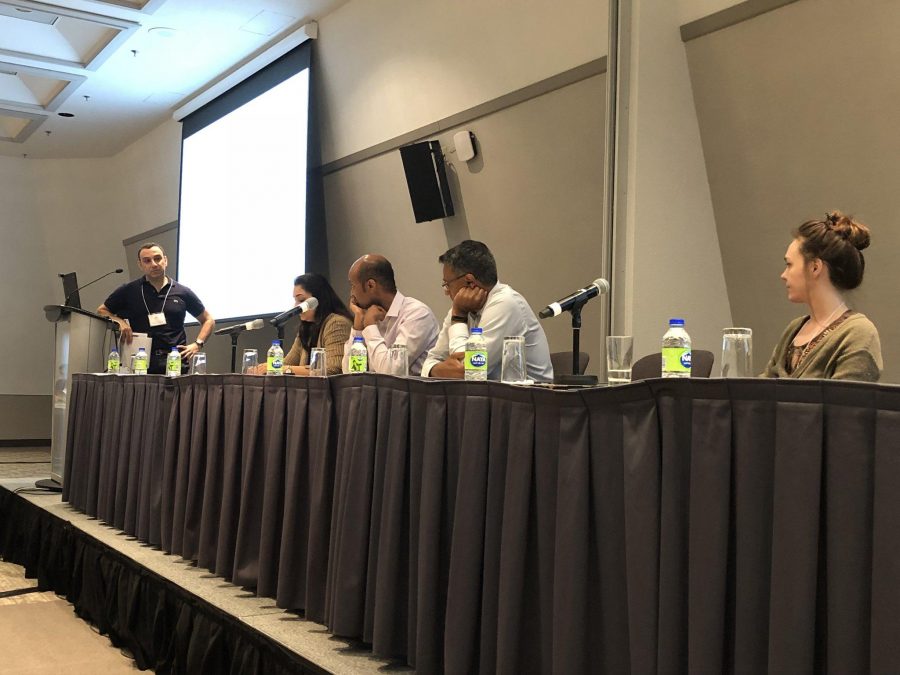 Regulating diagnostic devices in a public health emergency: product developers, the WHO and Ebola Virus Disease in West Africa

Presented at: The Regulation of Diagnostic Technologies, University of Cambridge

On July 7th 2015 the WHO launched the Emergency Use Assessment and Listing procedure (EUAL), a fast-track “diluted” version of the WHO pre-qualification process to guide diagnostic procurement in situations where, as a WHO representative put it, “the manufacturer will not have adequate data to make a claim”. The EUAL was developed in direct response to the declaration of a Public Health Emergency of International Concern (PHEIC) in West Africa, where an Ebola Virus Disease (EVD) outbreak had rapidly and tragically developed into a regional epidemic. A lack of available diagnostic tools to accurately identify cases and map transmission dynamics was a key factor driving that amplification a formidable obstacle to bringing it under control. Despite an unprecedented surge in development, few new diagnostic tests for EVD had reached a mature stage of development, and no existing tests had undergone premarket regulatory assessment. Ebola’s high mortality rate and transmission intensity compelled a departure from conventional systems of medical regulation and governance. Speed was of the essence, necessitating the relaxation of regulatory scrutiny and quality controls in a bid to accelerate diagnostic development and approval within the outbreak timeframe.

This paper analyses how the tensions between the humanitarian imperatives of disease control and regulatory assessments of risk played out in the accelerated development, testing and licensure of Ebola diagnostics. The lack of regulation for diagnostic devices in low and middle income countries has long concerned the global health community. In addition to its implications for patient safety, regulatory gaps and rules can discourage manufacturers from investing in high-quality devices. To help incentivize the industry to develop affordable, easy-to-use diagnostic devices for resource-limited settings, the WHO developed its routine pre-qualification process, which aims to provide a transparent, scientifically robust assessment, including dossier review, laboratory evaluation, and site visits to manufacturers. But, notoriously slow and complicated, the review process is regarded by many in the industry as an impediment rather than catalyst to innovation. In recent years, the WHO has developed guidance documents, convened conferences and offered bespoke advice to manufacturers in the hope of stimulating industry interest. But in 2015, with the WHO facing a rapidly spreading EVD outbreak and a growing public outcry over their sluggish response, it was agreed that more drastic measures would be required. The exceptional nature of the PHEIC justified compromises in the quality of scientific evidence that manufacturers provided in the hope that this would encourage manufacturers with ebola-ready technology to come forward.

This paper examines how these emergency measures played out over the course of the epidemic and its aftermath. It draws on document-based analysis of grey literature generated by the WHO, ministries of health, and other global health organisations, alongside interviews with manufacturers, researchers and WHO officials. Analysis focused on the criteria used in EUAL assessments, the different stakes actors held in the EUAL process, and the ethical, scientific and operational dilemmas individuals and institutions faced as they navigated a novel space of regulatory flexibility.

Our analysis of the findings focuses on three thematic areas. We begin by describing the operational logistics, social and institutional negotiations, and bureaucratic practices involved in the production of EUAL evidence. Here we develop the notion of the ‘evidentiary threshold’ to elaborate the varying power of diagnostic devices to marshal public health authority and short-circuit scientific contestation. We then examine the precise nature of EUAL exceptionalism, focusing on the risks that were assessed and the places where compromises were deemed necessary. While the evidentiary threshold for analytical and clinical accuracy was often flexible, we point to manufacturing capacity and future supply as key concerns for the WHO, and consider latent tensions between market-based and humanitarian value frameworks and temporal logics in the design of the EUAL procedure. Finally, we focus on the aftermath of the epidemic, charting institutional reflections on the successes and limitations of the EUAL, and tracing the normative and technical contours of the emerging paradigm of emergency research and development.

Presented at: Speculative Futures: A symposium and workshop exploring creative practices in health, technology and medicine in the global South, Slought Institute, Philadelphia

Speculative investments in a new generation of point-of-care diagnostic devices designed for resource-limited settings by philanthropists, development agencies and angel investors have focused on their capacity to revolutionise health service delivery in lower and middle income countries. Yet while the number of academic groups, organisations and companies devoted to researching and developing such devices in North America and Europe have multiplied over the past decade, the number of success stories are few and far between. This paper takes the failure of diagnostic speculation as a prompt to reimagine what a diagnostic revolution in global health might look like. It explores the alternative versions of diagnostic innovation that are emerging in the margins of global health, in spaces of citizen science, informal innovation, or academic deviance, and in both the North and South, to examine the alternative versions of medicine, science and development that such initiatives might offer for a post-Establishment future

This paper explored how the tensions between the humanitarian imperatives of disease control and regulatory apprehensions of risk played out in the accelerated development, testing and licensure of Ebola diagnostics. Through the notion of the ‘evidentiary threshold’, she traced the normative and technical contours of the emerging paradigm of emergency research and development. Important questions were raised around the commitment to data sharing, lack of cross-validation and downstream challenges of gaining access to, and testing of, samples. These issues are compounded by regulatory ambiguity, lack of harmonisation, differences between minimum thresholds for approval versus deployment, and call for convergence between national regulatory structures. There can often be a disjunct between approval mechanisms that support and promote product development in the emergency context and the cross-over into the non-emergency context whereby access or further use is denied, blocked or subjected to entirely different, stand alone, regulatory paradigms.